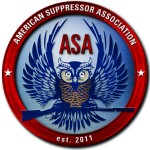 The American Suppressor Association (ASA) is pleased to announce the election of Dave Matheny, owner of Silencer Shop, and Tom Collins, CEO of Gemtech Inc., as the newest members of the ASA Board of Directors. Also confirmed for new terms were incumbents Josh Waldron, CEO of Silencerco, and Knox Williams, President and Executive Director of the American Suppressor Association. All will serve three year terms, expiring in 2018.

Dave Matheny has over 20 years of experience as a software engineer. After two failed attempts to purchase a suppressor, Matheny formed Silencer Shop with the primary goal of simplifying the buying process for consumers. Silencer Shop has become one of the largest suppressor dealers in the country by maintaining a steady focus on providing excellent customer service and great prices, as well as constant improvements to internal efficiencies and processes.

Tom Collins became the CEO of Gemtech in April, 2012. Gemtech is a leading designer and manufacturer of suppressors for military, law enforcement and retail markets. Prior to joining Gemtech, Collins served as the Chief Technology Officer and Vice President of Operations of Esurg Inc., a medical supply company. Before that, he was the Chief Technology Officer for Egghead.com, a leading internet retailer. He also has 22 years of service in the military’s elite airborne units, with over 16 years in Special Forces.

Josh Waldron is the CEO of Silencerco, a Utah based company that he helped found in 2008. Silencerco designs and manufactures industry leading firearm suppressors and accessories, including the Salvo 12 shotgun suppressor. Recognizing the need for an industry association, Waldron became one of the founding members of ASA, and has served on the Board since 2011.

“As one of our founding members, Josh has had a tremendous impact on our growth and development as an organization. Without his support, ASA would not be where it is today,” said ASA President Knox Williams. “The additional experience and expertise that Dave and Tom bring to the table will be a tremendous asset in our fight to reform suppressor laws and regulations across the country. We look forward to having them involved.”

Knox Williams is the President and Executive Director of the American Suppressor Association. Williams was an integral component of the formation of the ASA in September, 2011. Prior to the development of the ASA, Williams was the Special Projects coordinator at Advanced Armament Corporation, a suppressor manufacturer and subsidiary of Remington Arms Company.

ASA is a membership driven organization. For more information on how you can help protect and expand your right to own and use suppressors, please visit www.AmericanSuppressorAssociation.com.