ASA Endorses Graham Hill for NRA Board of Directors

The American Suppressor Association is endorsing Graham Hill for reelection to the NRA Board of Directors. Graham is a life-long gun owner, hunter and shooting competitor. He was born and raised in the South Texas border country. His parents carried him along in diapers at 8 weeks old on his first “hunt” – he has never missed an opening day of deer season in Texas in his life.

He has never missed an opening day of deer season in Texas in his life.

More than five decades later he is a co-founder and CEO of Ice Miller Strategies LLC, and co-managing partner of Ice Miller LLP’s Washington DC law office. As an attorney with 30 years’ work experience with federal laws, legislation and regulations he brings valuable expertise to ASA’s mission, state and federal lobby strategies, and corporate affairs. Graham has served in Congress as a Counsel for Oversight and Investigations, Legislative Director, Staff Director and Senior Committee Counsel. Graham’s experience in the Courts, Congress, and Executive Branch at the federal and state government levels runs deep – though through it all he remains a small-town raised Texan.

“For years, Graham has been one of the chief proponents of suppressor advocacy on both the state and federal levels within the NRA’s Board of Directors,” says Knox Williams, Executive Director of the American Suppressor Association. “While his words may speak loudly, his actions highlight the fact that he is invested in this fight for all of the right reasons. Chief among them: to make the shooting and hunting experiences safer for future generations to come. Graham is an incredible asset to our Association, and his reelection would strengthen the NRA’s Board tremendously at a time when it needs it most. Being based in Virginia he is keenly aware of what is at stake as Virginia attempts to ban suppressors. We encourage you to vote for Graham. Ballots are arriving now for NRA Board elections.”

"We encourage you to vote for Graham. Ballots are arriving now for NRA Board elections."

Graham’s fierce dedication to suppressors and the defense of the Second Amendment is reflected in his service as a Member of the Board of Directors of the NRA, where he serves as the Chairman of the Federal Affairs Committee. He also serves as a Trustee of the NRA Civil Rights Defense Fund, where he works to advance federal and state litigation that protects our Second Amendment rights. As a member of the Department of Interior’s Hunting and Shooting Sports Conservation Council, where he serves as Vice Chairman of the Shooting Committee, he works to expand hunting and shooting across all federal lands in the Nation.

Graham competes in 3-gun, sporting clays, skeet, and IDPA, all as a disable competitor. Graham was nominated by President George W. Bush and confirmed by the U.S. Senate to serve on the National Council for Disability. He served on the NCD for 8 years. He continues his commitment to helping other disabled shooters and hunters in his service as Chairman of the NRA’s Disabled Shooting Committee and as a Trustee of Camp Freedom, an 1800-acre hunting and shooting preserve in Pennsylvania that serves disabled veterans and first responders and their families. 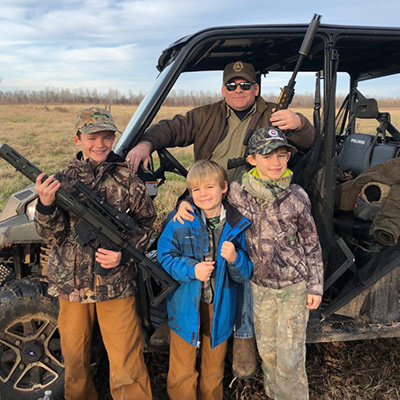 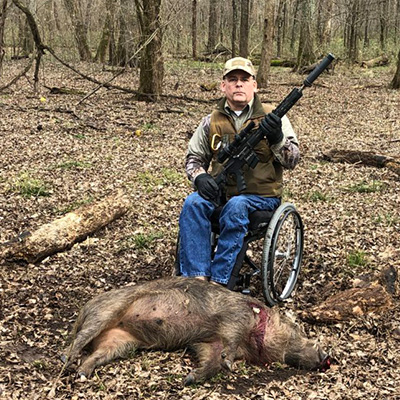