Stacheville, d.B. – Round Two of the American Suppressor Association Silencer Stache Competition is officially underway! Last week, the mouth brow tournament began with 32 personalities from around the industry going face to face to answer the age-old question: who can grow the best stache?!? After hearing from you, the voter, the winners have advanced to the Silent 16 Round. 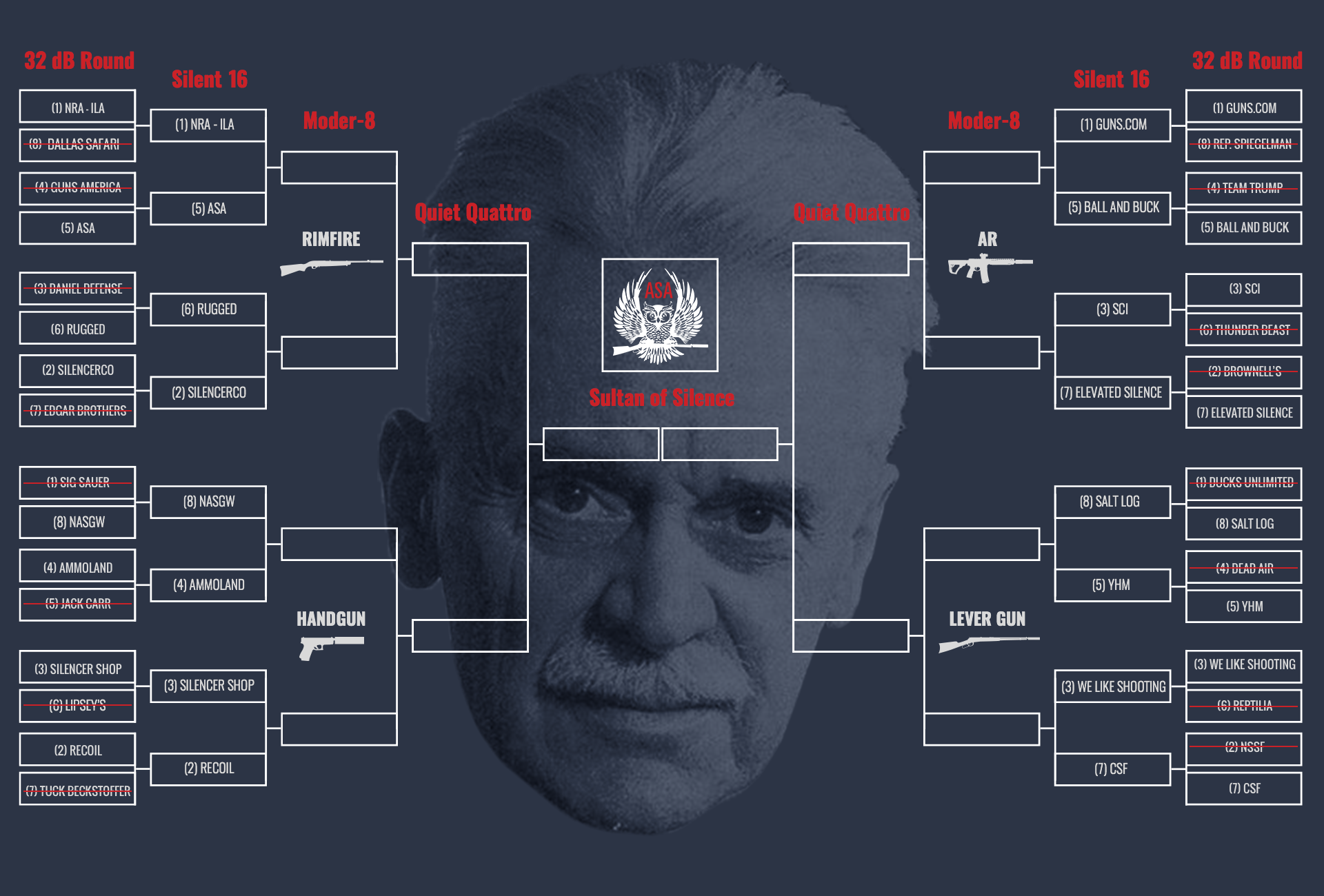 Of the 16 stache to stache matchups in the 32 dB Round, there were a couple real lip biters. Our friend State Representative Jeff Spiegelman from Delaware, an 8 seed in the tournament, was a mere 41 votes away from becoming the Cinderella story of the first round, nearly knocking off Chris Eger of Guns.com, a number 1 seed. Fredy Riehl from Ammoland pulled off a buzzer beater, edging Jack Carr by 11 votes as time expired. The biggest upset so far goes to Brad Franklin of team Congressional Sportsmen’s Foundation (7 seed) and Yamaha, who soundly defeated Larry Keane of the National Shooting Sports Foundation (2 seed). 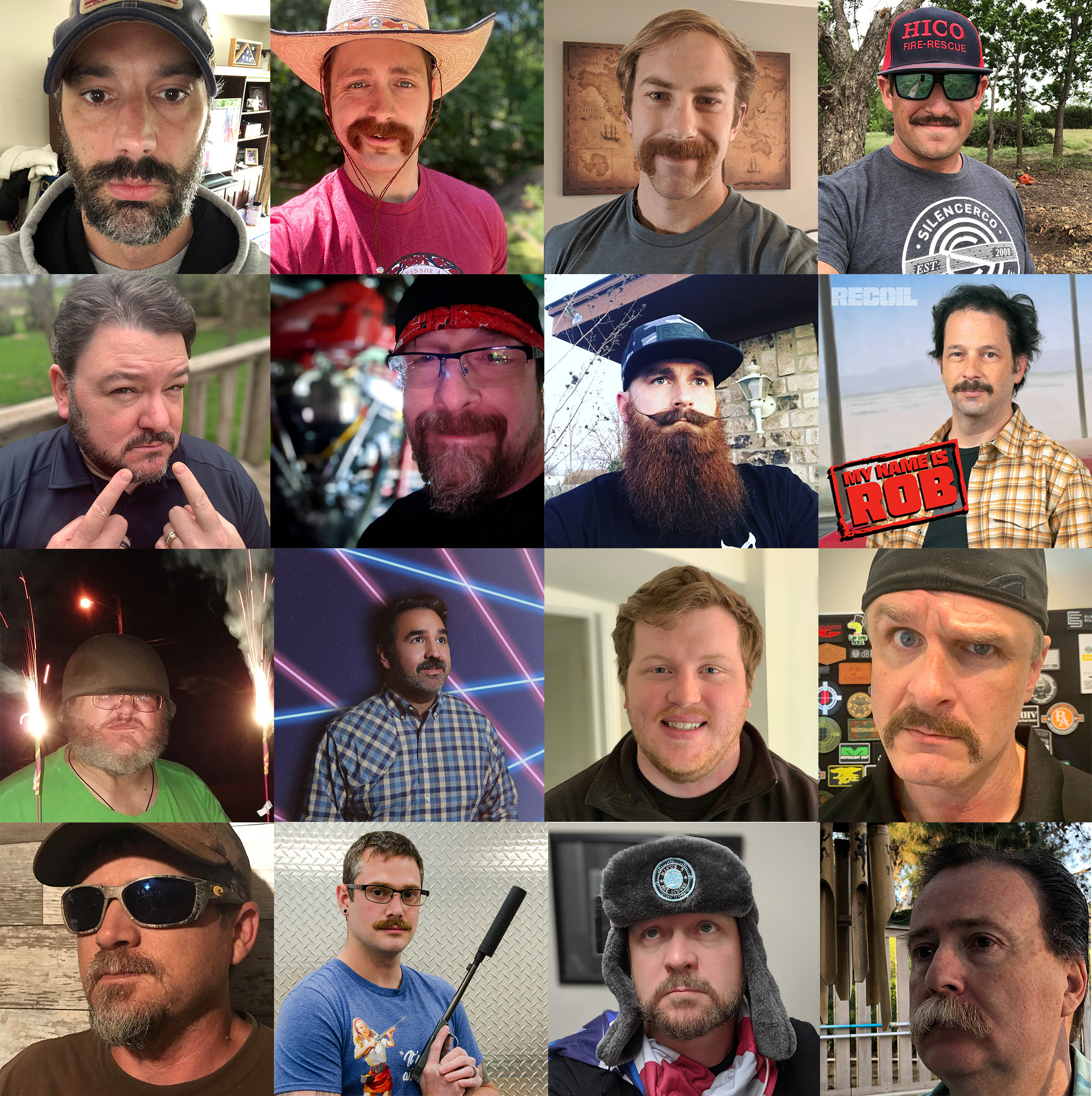 The Silent 16 Round will conclude at 11:59 PM EDT on Thursday, May 14th. Votes will be tallied, and winners will advance to the Moder-8 Round. Be sure to do your civic duty and vote on your favorite stache now!