LIP RUG, d.B. – Over the past four weeks, the ASA Silencer Stache Competition has produced some amazing feats of facial hair. With the Quiet Quattro Round in the books, we are one step closer to finding out who will reign supreme as the coolest (and quietest) mustachio in the industry!

In the Maxim Winner’s Bracket, Zak Keehn of Rugged Suppressors took down Recoil’s own Rob Curtis by nearly 200 votes to earn his spot in the Sultan of Silence Round. On the other side, Jim Hood of Elevated Silence squared off in a neck and neck matchup with Brad Franklin, Mustache Man for the Congressional Sportsmen’s Foundation. In the final hours, Jim Hood ran away with the matchup, securing the victory and taking the second and final spot in the main contest. 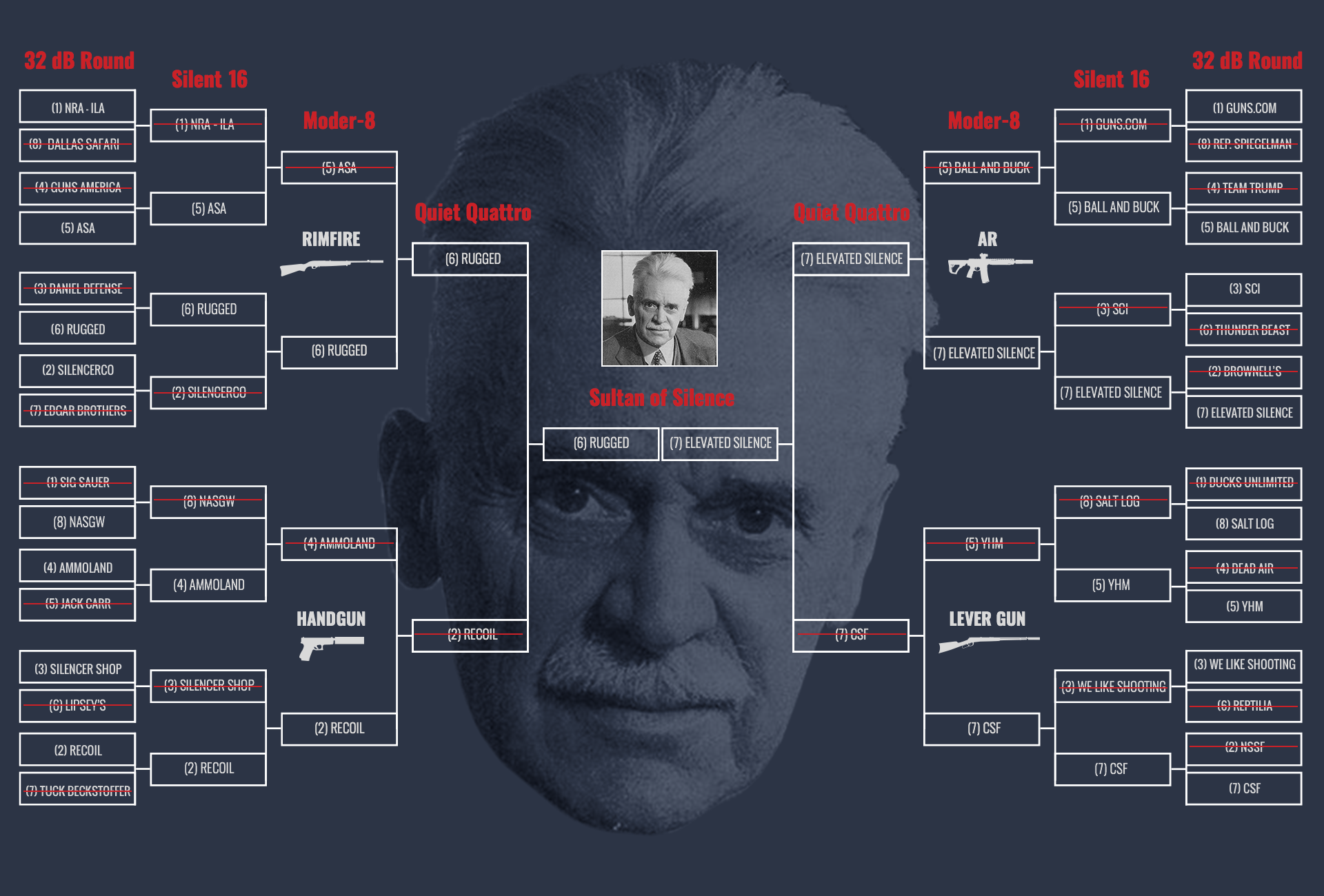 As a double elimination tournament, when a team is defeated in the Maxim Winner’s Bracket, they move to the Roosevelt Consolation Bracket, provided they submit a new Proof of Stache picture. This week, the four remaining teams battle in a winner-take-all matchup to see who will become the Muffled Mustache and have the chance to beat the Sultan of Silence in the Final Matchup!

Will John, Knox, or Taylor advance and earn their shot at redemption, or will their salvation be foiled by Brad? Your votes will decide who proceeds and who will face final elimination! 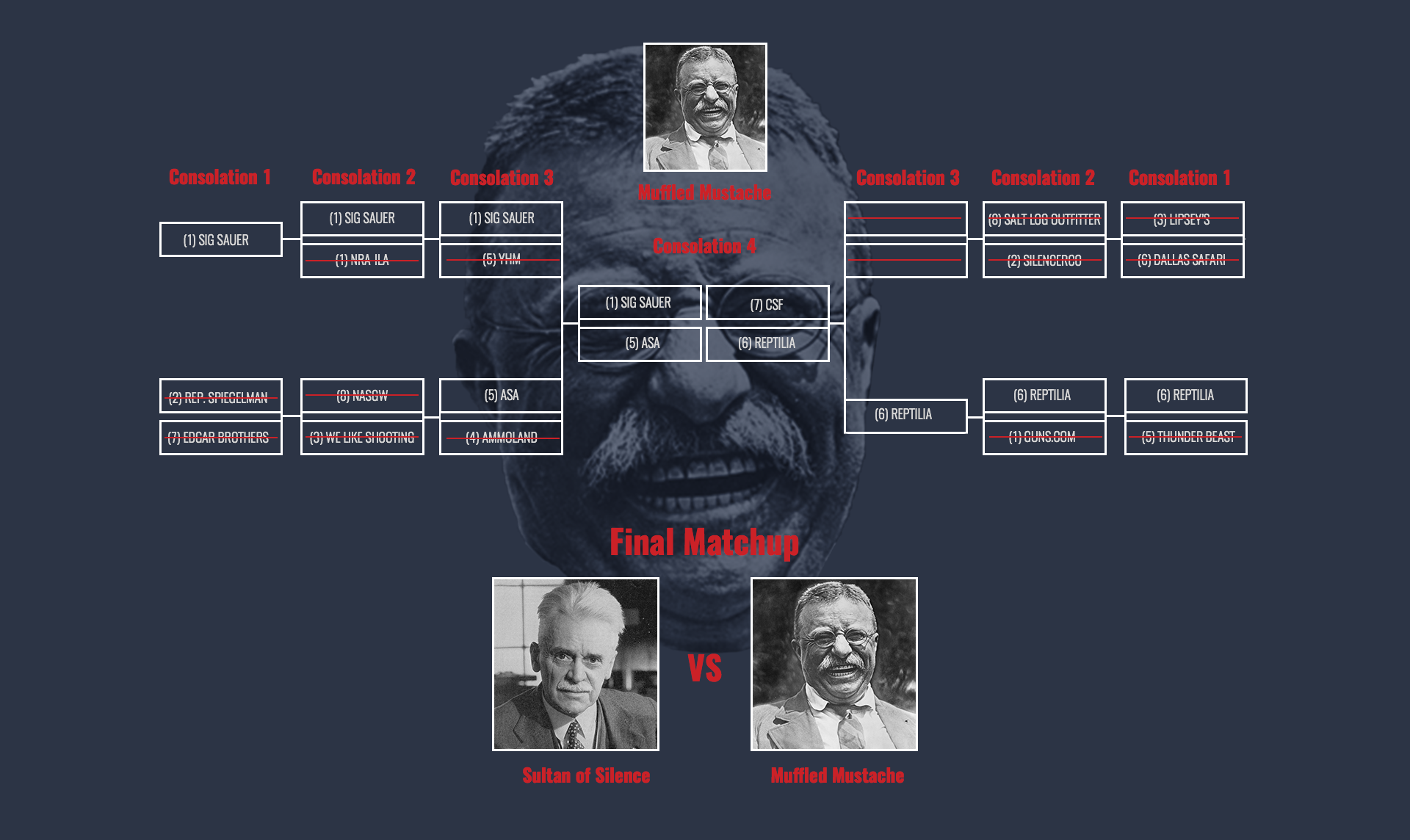 The Sultan of Silence Round will conclude at 11:59 PM EDT on Thursday, June 4th. Votes will be tallied, and winners will advance to the Final Stachedown between the Sultan of Silence and the Muffled Mustache. Be sure to do your civic duty and vote on your favorite stache now!