Stacheville, d.B. – With the world at home because of ‘Rona, we’re all looking for ways to distract ourselves from the fact that we’re essentially under house arrest. In times like these, the world generally turns to sports as an escape from reality. However, 2020 clearly has it out for us all. While the American Suppressor Association can’t bring back sports, we can certainly bring back good old-fashioned competition! 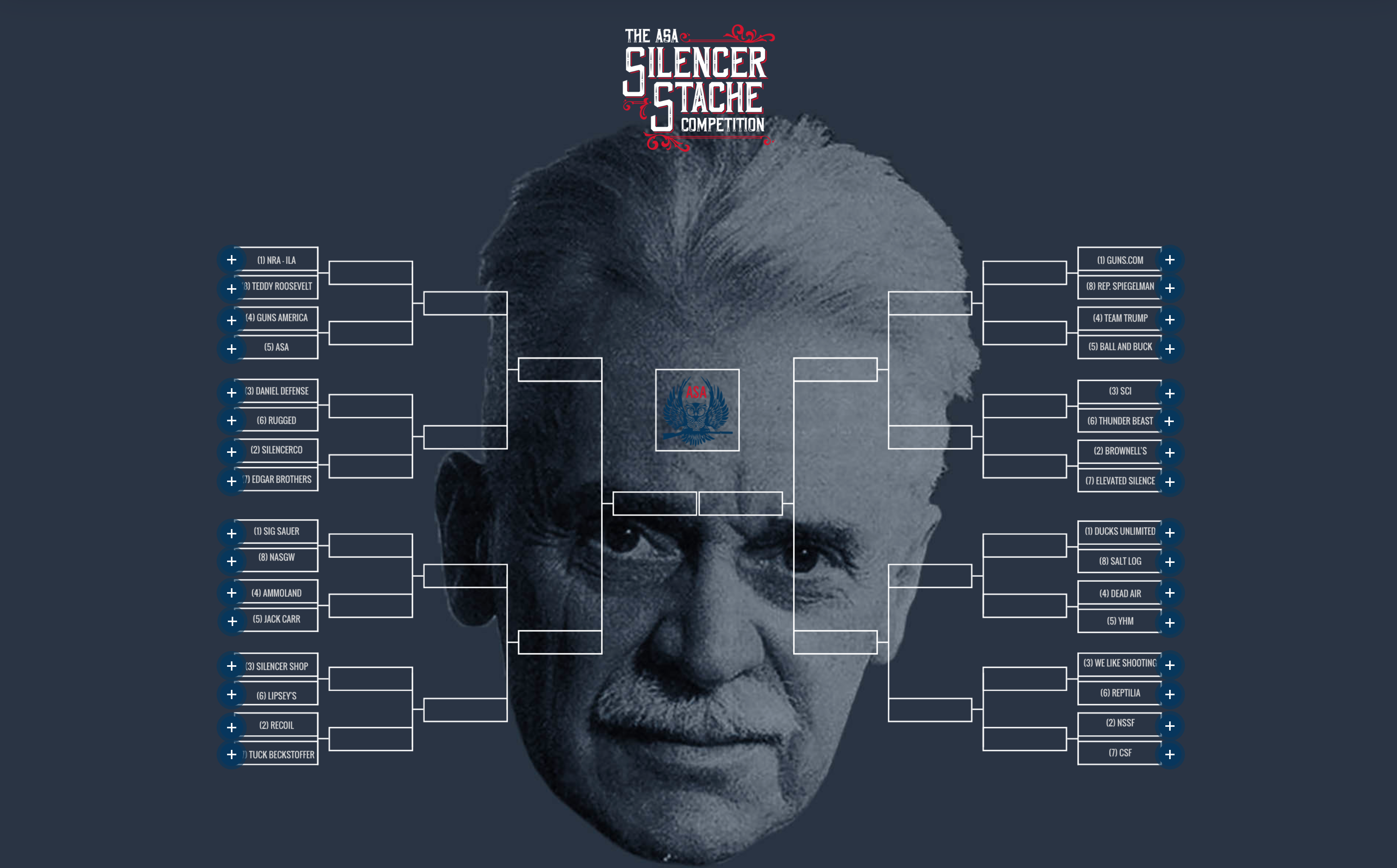 Starting May 1st, personalities from around the industry will go head to head with their peers in a mustache growing competition that would make Hiram Percy Maxim proud! So proud, in fact, that the winner will take home the Gold Hiram Percy Maxim Mustache Award, with 2nd and 3rd place taking home Silver and Bronze!

Each company will designate one person to serve as their “Mustache Man”. They will be required to maintain their mustache (beards begrudgingly accepted) for the duration of the contest, sending “Proof of Stache” updates weekly that will be posted to the bracket at www.SilencerStache.com.

Voting for each round will end at 11:59 PM EDT on the subsequent Thursday. Votes will be tallied, and winners will be announced by 10:00 AM EDT Friday.

Every team that is eliminated will be sent to the Losers Bracket, where they will duke it out with all the other losers for a shot to get back into the competition. Should a designated Mustache Man shave, they will automatically be sent to the bottom of the loser’s bracket, allowing the leading loser at the time to take their place.

The competition will conclude on Friday, June 5th, at which time the American Suppressor Association will crown the champion! Awards will also be given for: