LIP RUG, d.B. – Over the past five weeks, the ASA Silencer Stache Competition has produced some amazing feats of facial hair. With the Sultan of Silence and Muffled Mustache Rounds in the books, we are one week away from finding out who will reign supreme as the coolest (and quietest) mustachio in the industry!

Although Zak lost the matchup, he’s going home as the winner of the Hiram Percy Maxim Bronze Mustache Award! With a stache like Zak’s, HPM would certainly be proud!

The Roosevelt Consolation Bracket hosted an exciting round as well! In the end, Reptilia Ringer Taylor Welden ran away with the competition, besting Sig Sauer icon John Hollister, rumored to be a direct descendant of Hiram Maxim, ASA’s Chief Mustache Officer Knox Williams, and CSF Mustachio Brad Franklin. With the victory, Taylor won the title of the Muffled Mustache, securing his spot in the Final Stachedown! 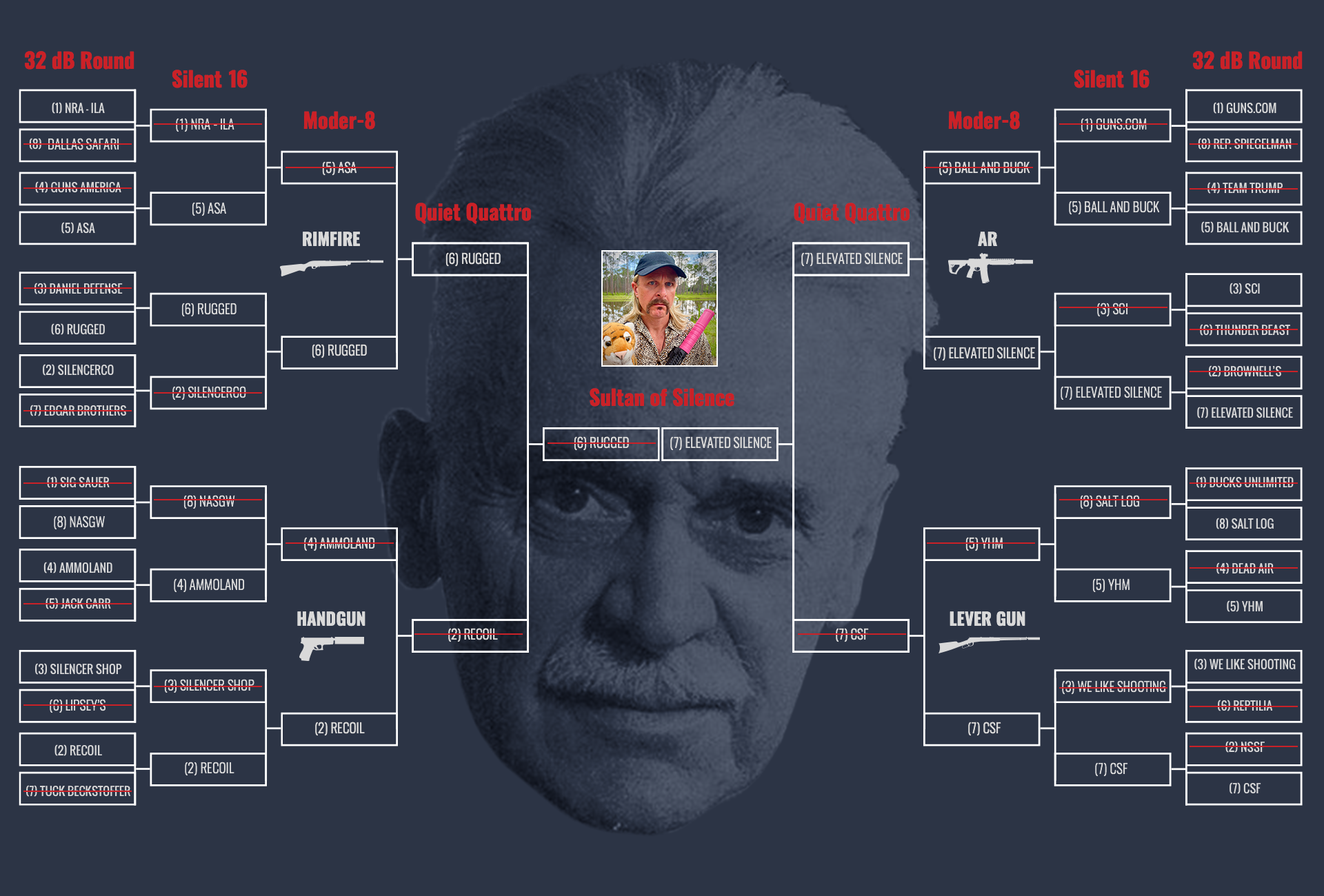 The ASA Silencer Stache Competition will conclude at 11:59 PM EDT on Thursday, June 12th. Votes will be tallied, and the winner will be announced!

The Final Stachedown between the Sultan of Silence and the Muffled Mustache. Be sure to do your civic duty and vote on your favorite stache now!