At 3:00 PM on Thursday, March 31st, Governor Terry Branstad signed House File 2279 into law, officially making Iowa the 42nd state to legalize the private possession of suppressors. Effective immediately, the new law also makes Iowa the 39th state to allow for the use of suppressors while hunting.

“The legalization of suppressors in Iowa is a tremendous victory for the law abiding citizens of The Hawkeye State,” said Knox Williams, President and Executive Director of the American Suppressor Association. “For the past three years, the ASA has worked alongside the Iowa Firearms Coalition, the National Rifle Association, Rep. Windschitl, and, this year, Rep. Baxter to get this legislation passed so that the sportsmen and women of Iowa could use these benign accessories to protect their hearing while in the field and at the range. We are incredibly excited that Iowa is now one of 42 states that allows suppressor ownership, and one of 39 states that allows their use while hunting.” 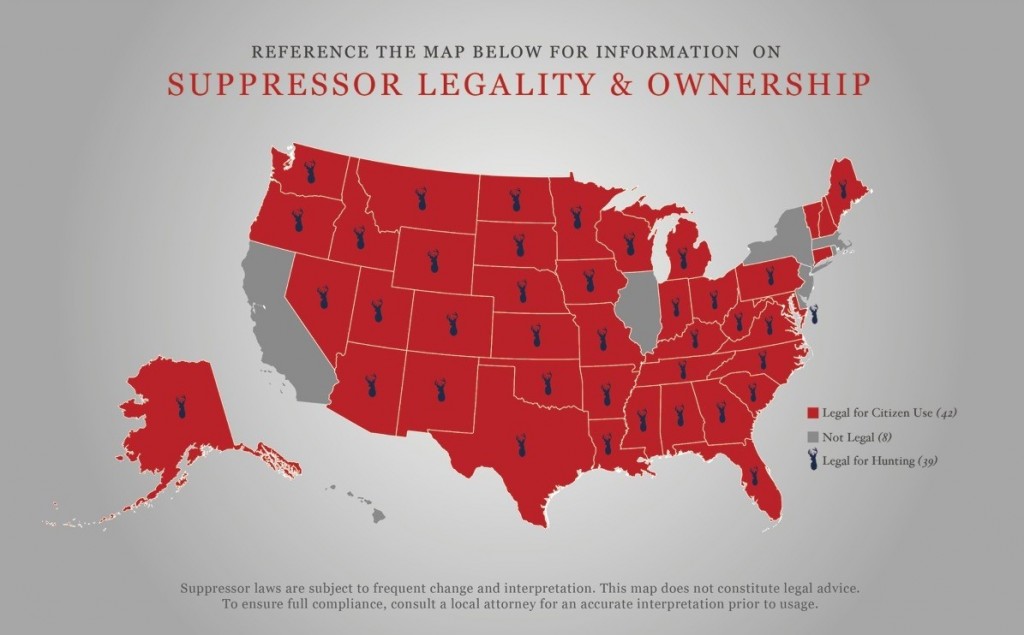 Since this issue was raised by the legislature in 2014, there have been numerous organizations, businesses, and individuals who have played an integral role in the legalization of suppressors in Iowa. The ASA would like to thank the IFC, and the NRA for their tireless work throughout the legislative process. We would also like to thank Tom Hudson and CrossRoads Shooting Sports for hosting the legislative suppressor demonstrations, which were some of the primary means of educating legislators on the realities of suppressors. We also thank Pete Brownell for his hard work, and Brownells for graciously hosting our upcoming suppressor rally.

Finally, we thank our members, and the thousands of people who supported the legalization of suppressors in Iowa. As a result of these combined efforts, 76 members of the House, and 46 members of the Senate voted in an overwhelmingly bipartisan fashion to pass this legislation. Thanks go out to them, as well as to Gov. Branstad for signing the bill into law. Without everyone’s efforts, this measure would not have succeeded.

To celebrate the new law, the American Suppressor Association will be hosting a public suppressor shoot from 10 AM to 1 PM on April 16th at the Big Springs Shooting Complex. We will be bringing the top manufacturers from across the country to showcase their products, and educate any interested Iowans on why they should be excited that Iowa became the 42nd state to legalize suppressors. Admission and ammo are free, so we encourage you to join us! 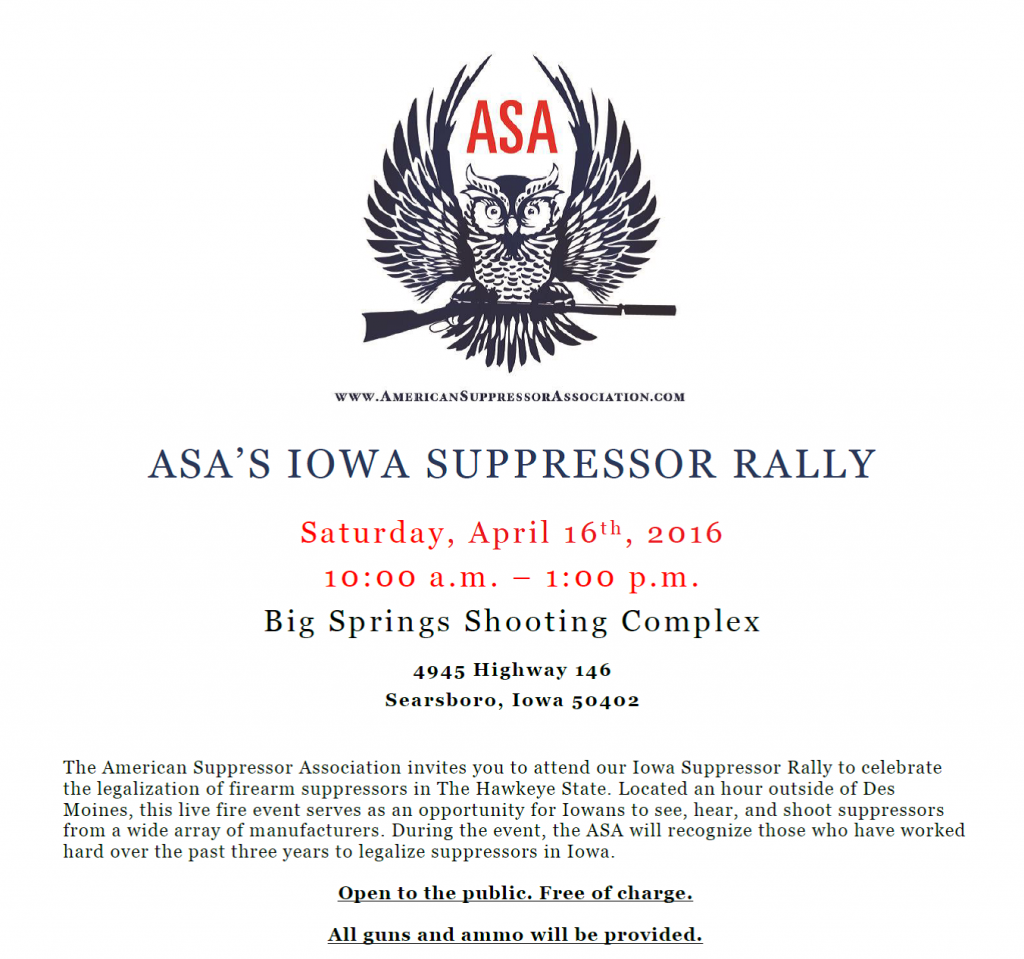 The American Suppressor Association is grateful for the support of our members, and we are very excited about bringing suppressor ownership to Iowa. As we celebrate this victory, we acknowledge that there are still 11 states that prohibit the use of suppressors in some capacity. Rest assured, the ASA will maintain focus on our No State Left Behind campaign until suppressors are fully legal in all 50 states.