On Friday, June 12th, the Maine State Senate passed ASA backed Legislative Document 942, a bill which seeks to make Maine the 37th state to legalize full game suppressor hunting. Sponsored by Senate Majority Leader Garrett Mason (R – Androscoggin County), LD 942 also includes a “Shall Sign” provision, which would require Chief Law Enforcement Officers (CLEOs) in Maine to sign NFA applications within 15 days of receipt, unless the applicant is found to be a prohibited person. The legislation is now on its way to the desk of Governor Paul LePage.

If signed into law, Maine will become the 37th state to allow hunters to use legally possessed suppressors in the field. Earlier this year, Minnesota and Montana passed and enacted similar pro-suppressor hunting reform. In 2014, Alabama, Florida, Georgia, Louisiana, and Ohio did the same. Maine will also become the 13th  state to enact some form of a “Shall Sign/Certify” process, joining Alaska, Arkansas, Arizona, Kansas, Kentucky, Louisiana, North Dakota, Ohio, Oklahoma, Tennessee, Utah, and West Virginia. 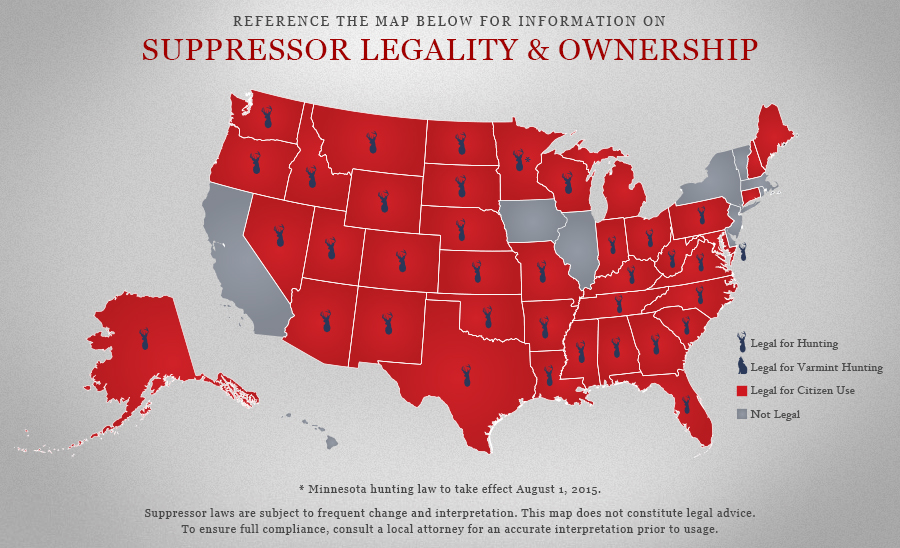 As always, thank you for your support. We will keep you up to date as new information becomes available.