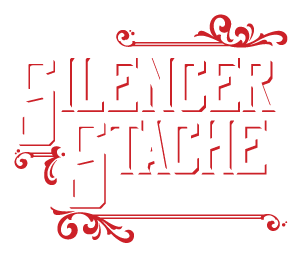 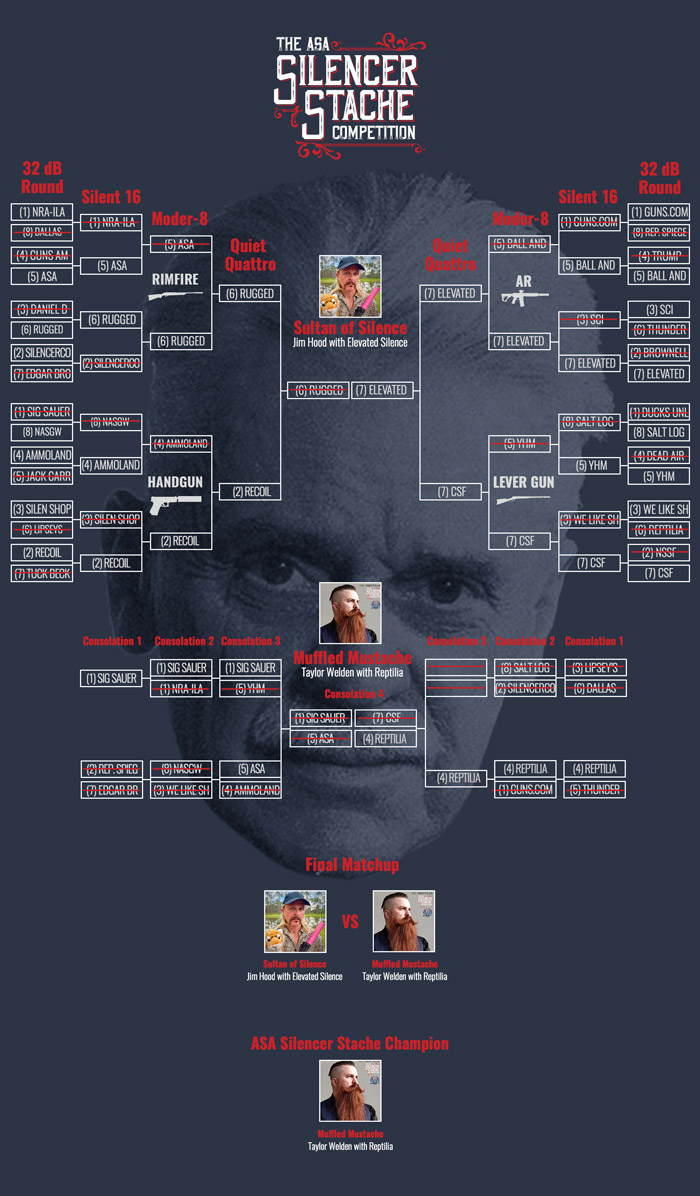 The voters have spoken, and the winner of the ASA Silencer Stache Competition has been decided! This week, the Sultan of Silence Jim Hood (Elevated Silence) went head to head with the Muffled Mustache Taylor Welden (Reptilia) in a no holds barred matchup. The contest came down to the wire, but as the clock struck midnight the votes were as follows: 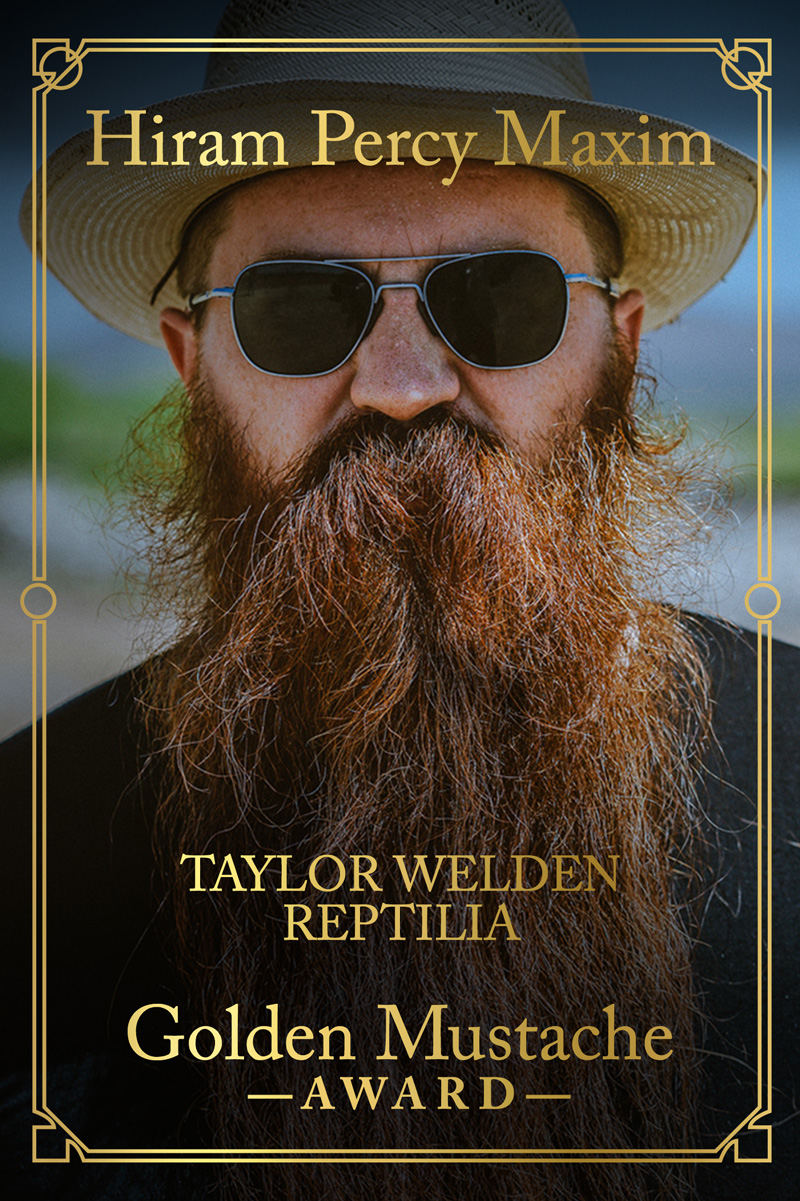 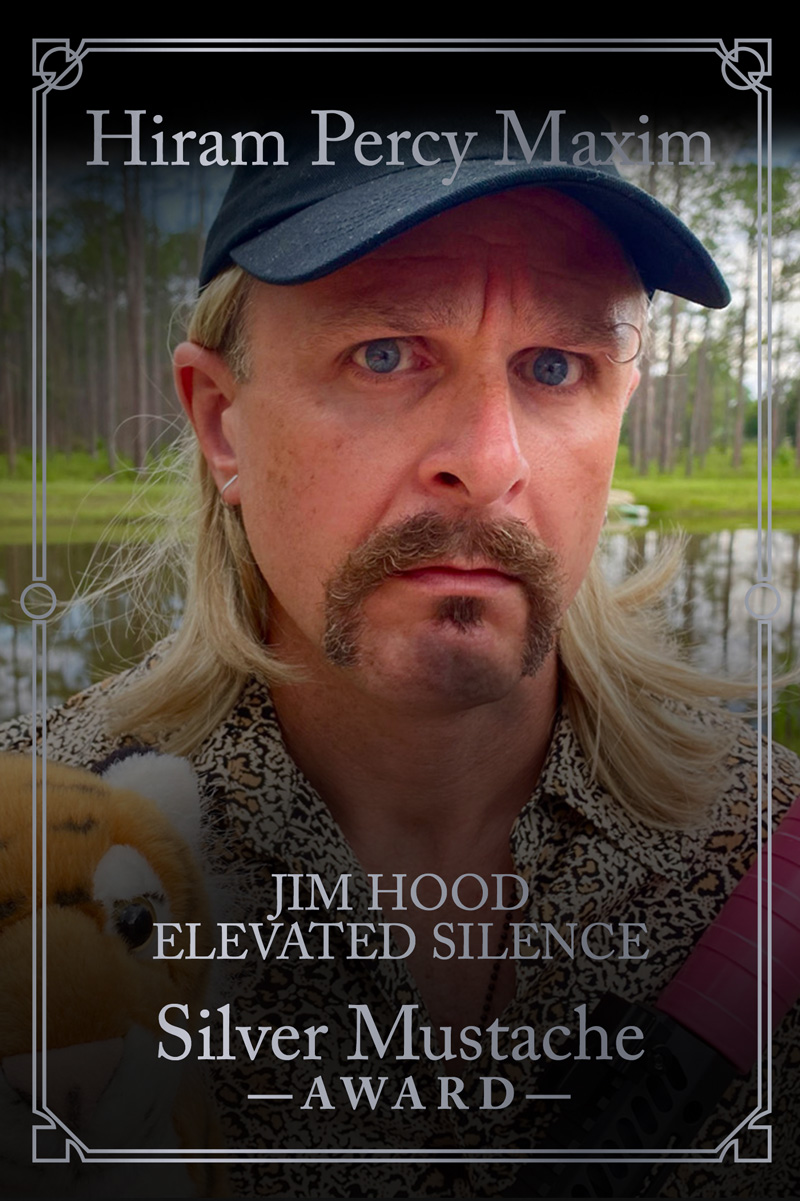 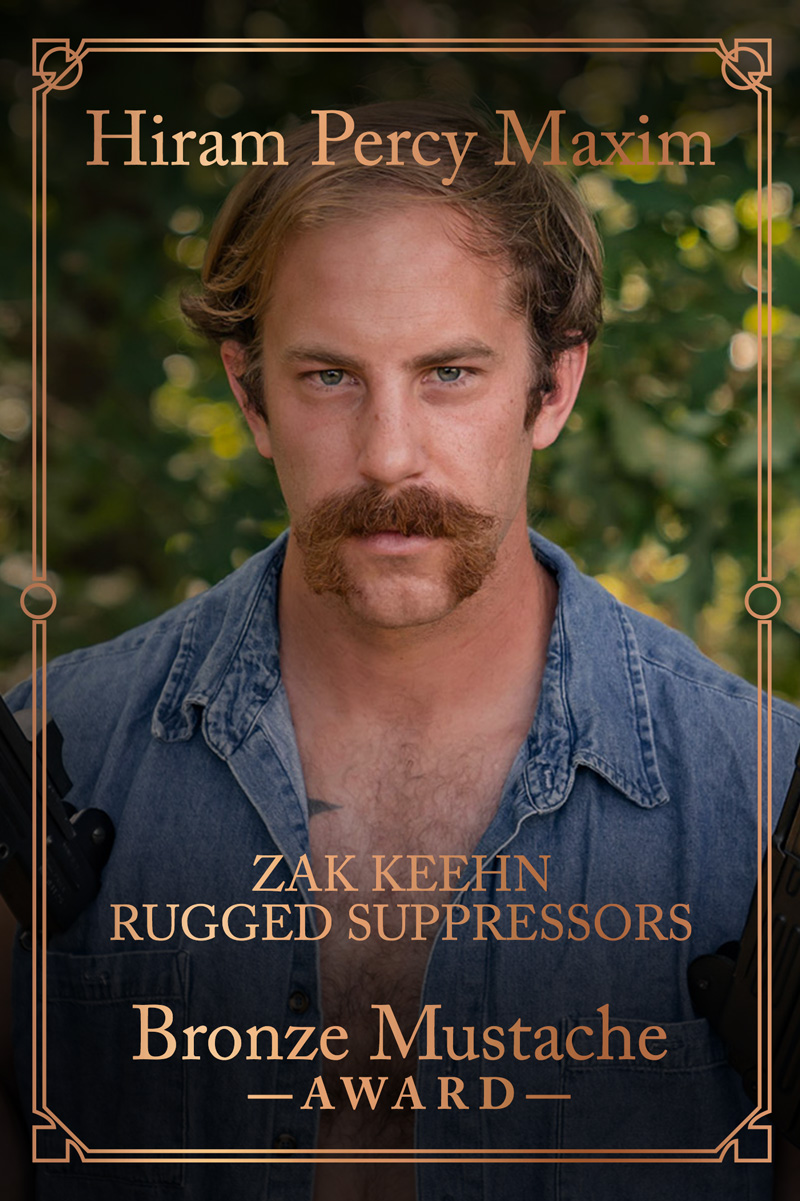 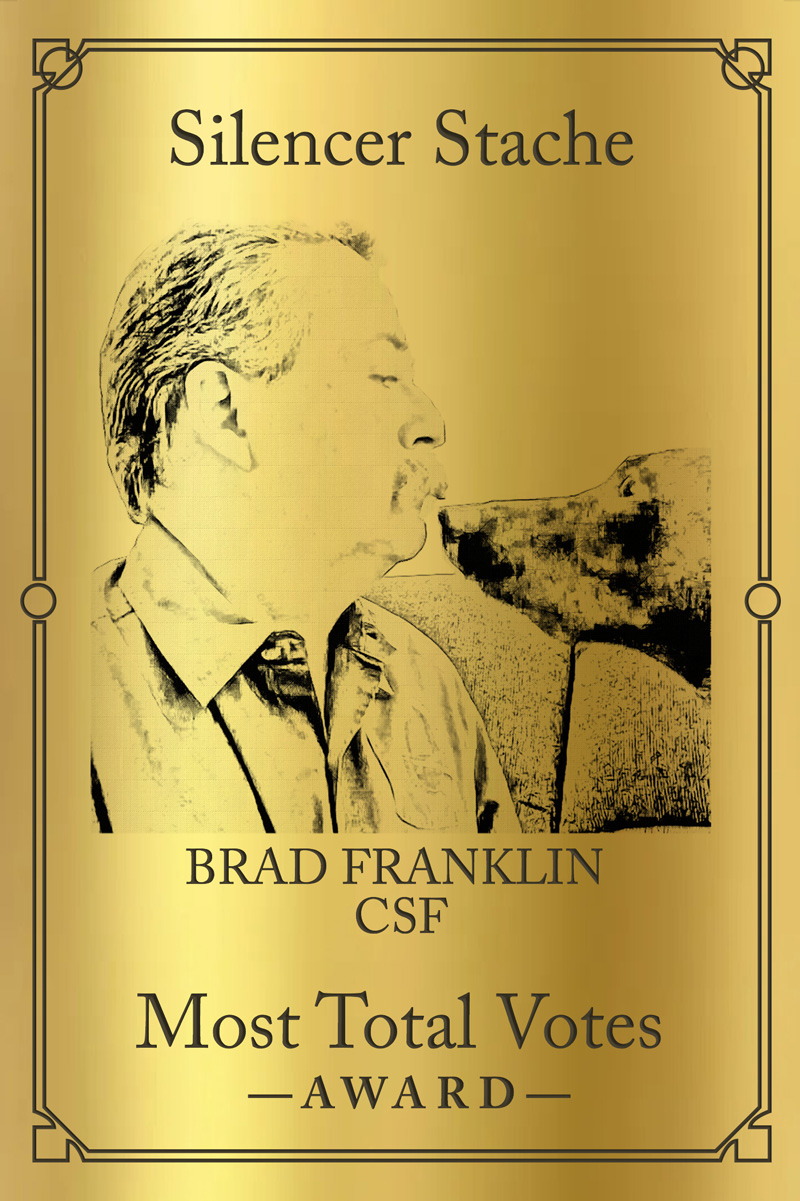 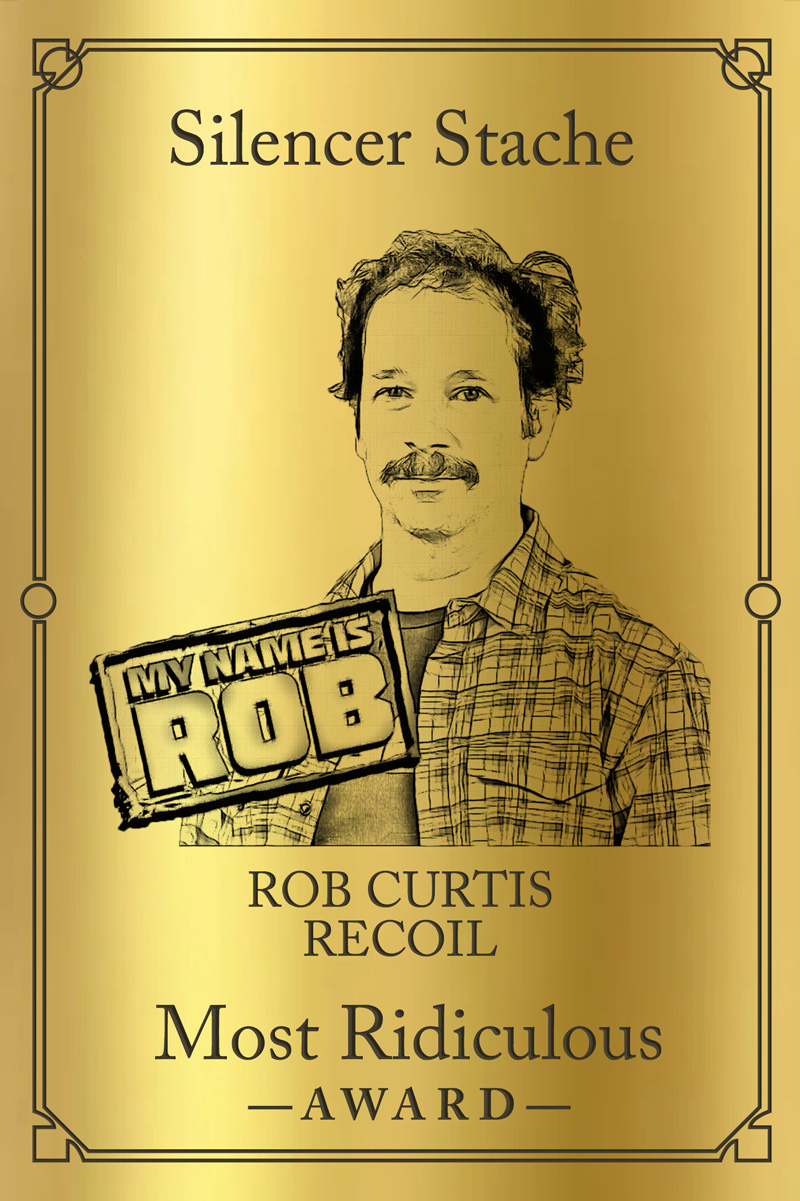 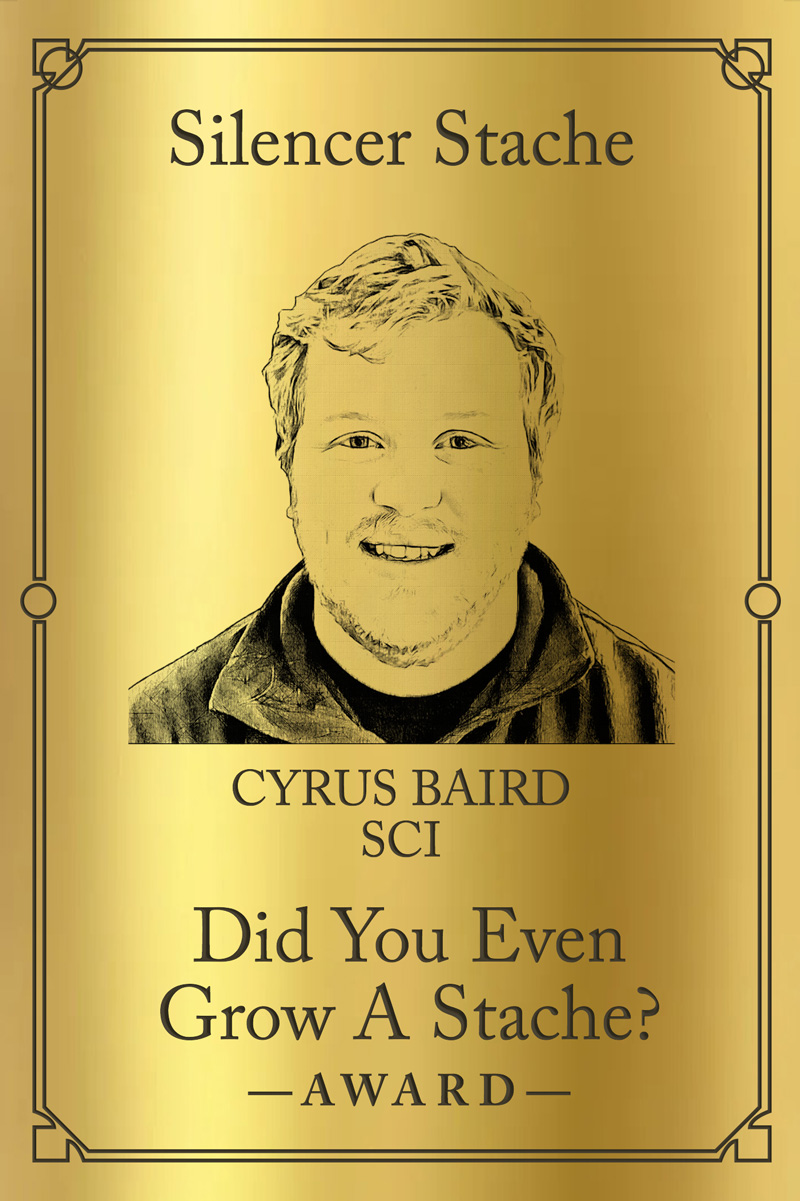 A special thanks go out to all 32 contestants for participating in the ASA Silencer Stache Competition. Over the past month, we have seen some amazing feats of facial hair. But more importantly, we all came together to help teach the world the truth about suppressors.

The tournament will return in 2021. Until then, stay stached, stay strapped, and, most of all, stay quiet! 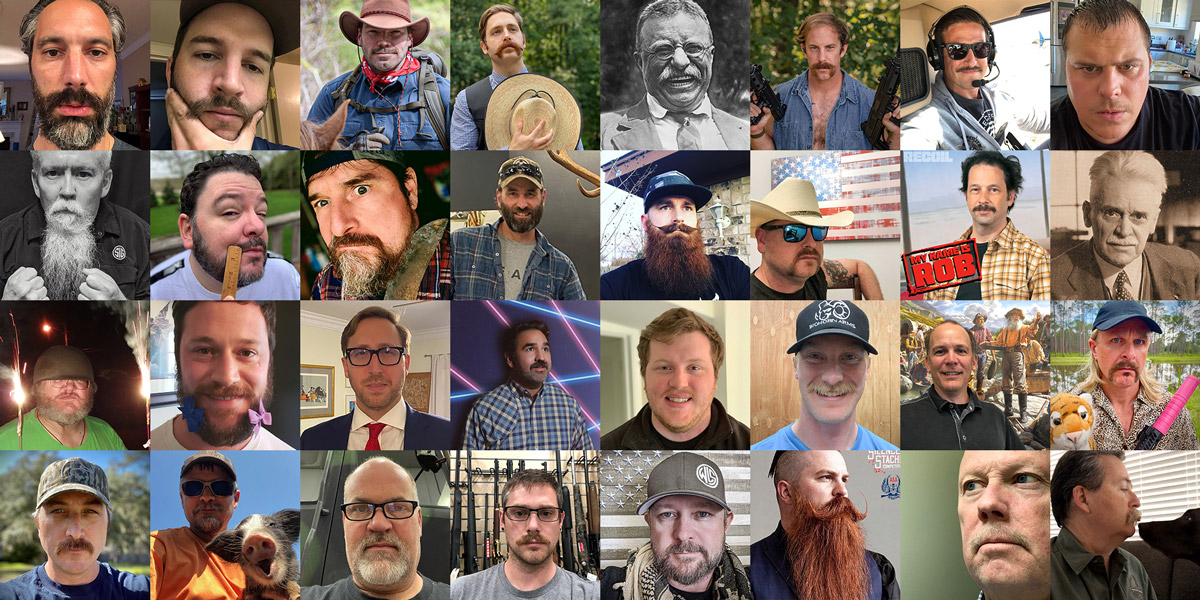 Each round will last for one week, during which YOU will be able to vote for your favorite Mustache Man in each matchup. All you have to do is: 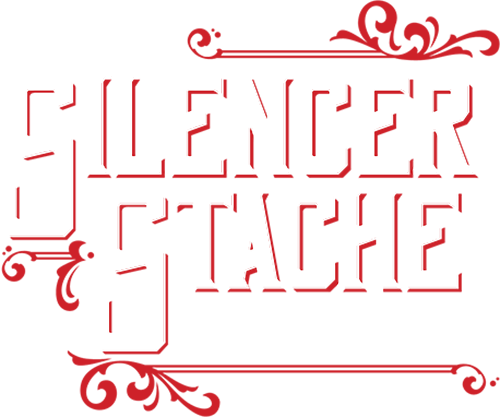 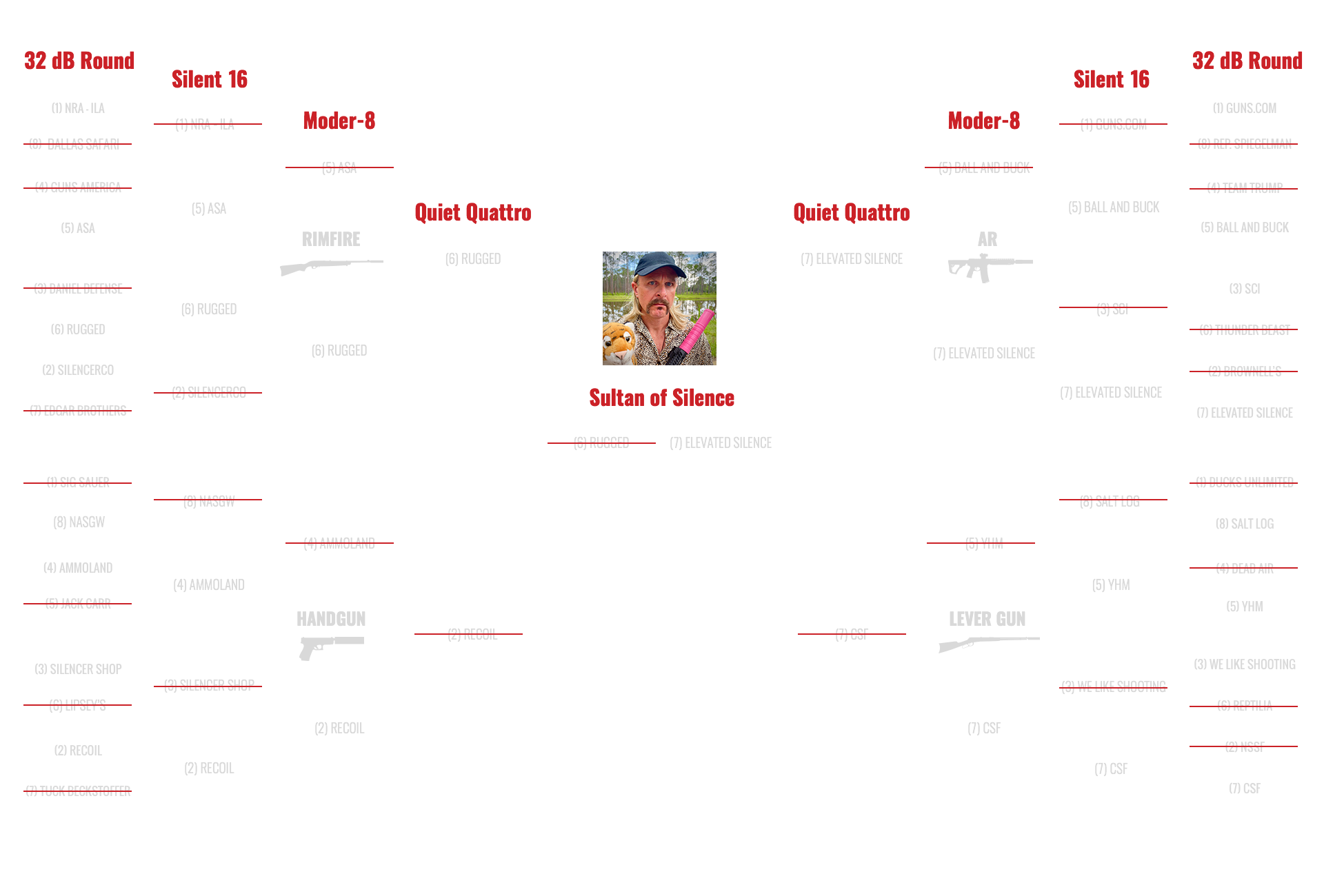 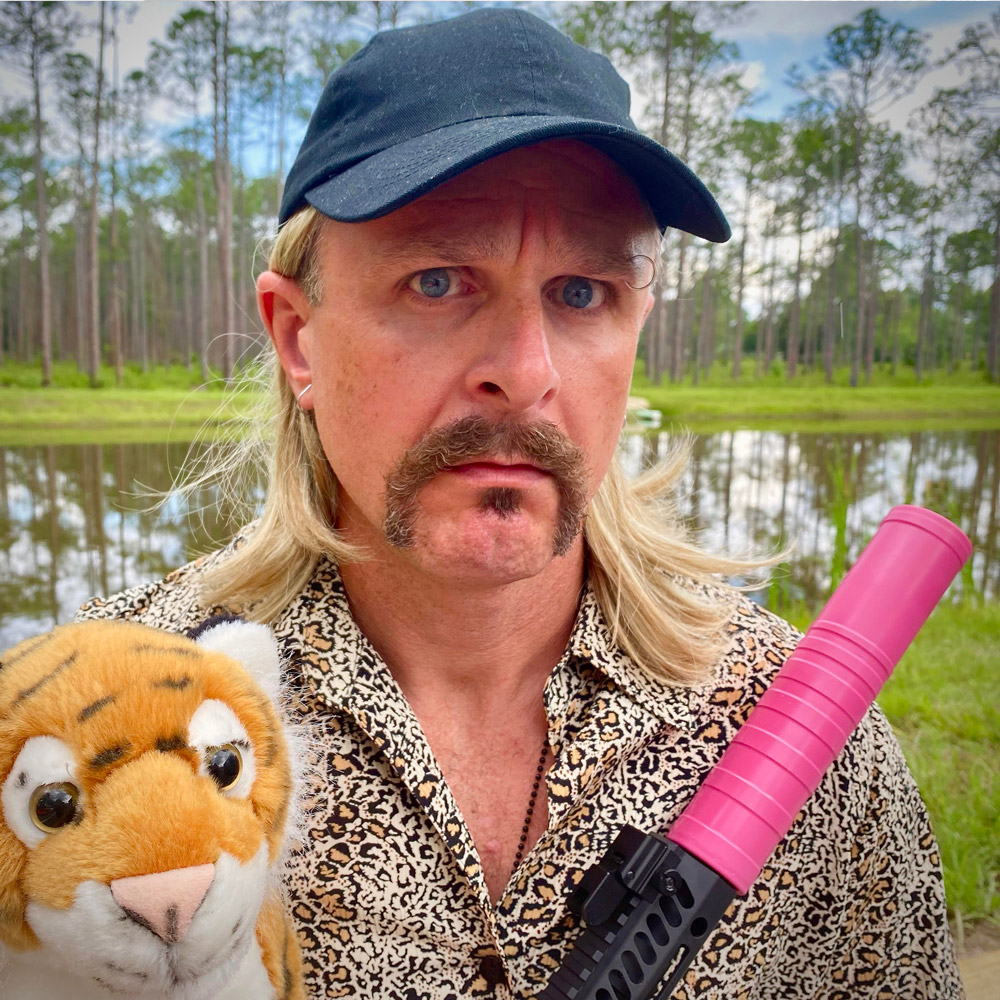 Introducing the “Silent Beach Broom”. Not everyone is as fortunate to be able to grow such an outstanding stache like me. Living in Santa Rosa Beach Florida and being a suppressor manufacturer, I know two things. Sand and silence. Not only is this soon to be award winning nose mullet good for enhancing my style at the beach, it is also great for removing rust off of your salt crusted beach truck. Its wiry texture blended with such well-kept disarray is sure to keep the ladies at bay. Who needs a Quickie Bulldozer from your local retailer or a blasting cabinet from the industrial supply house when you have the “Silent Beach Broom”. Its quiet, dependable and will last for years if you let it. #votebeachbroom2020 #thebroomiswhereitbe #makeroomforthebroom #bigbadbeachbroom

Aside from taking the mantle as Chuck Norris’ lesser known brother from another mother, I own the stache battlefield of 2020. No matter if I throw on a trucker hat, cowboy hat or sombrero the look simply fits due to the nature of the man rug on my upper lip. Whether I’m harmlessly drinking a corona, kicking in doors or swinging around a stripper pole I should have that Hiram Percy trophy in my hand. 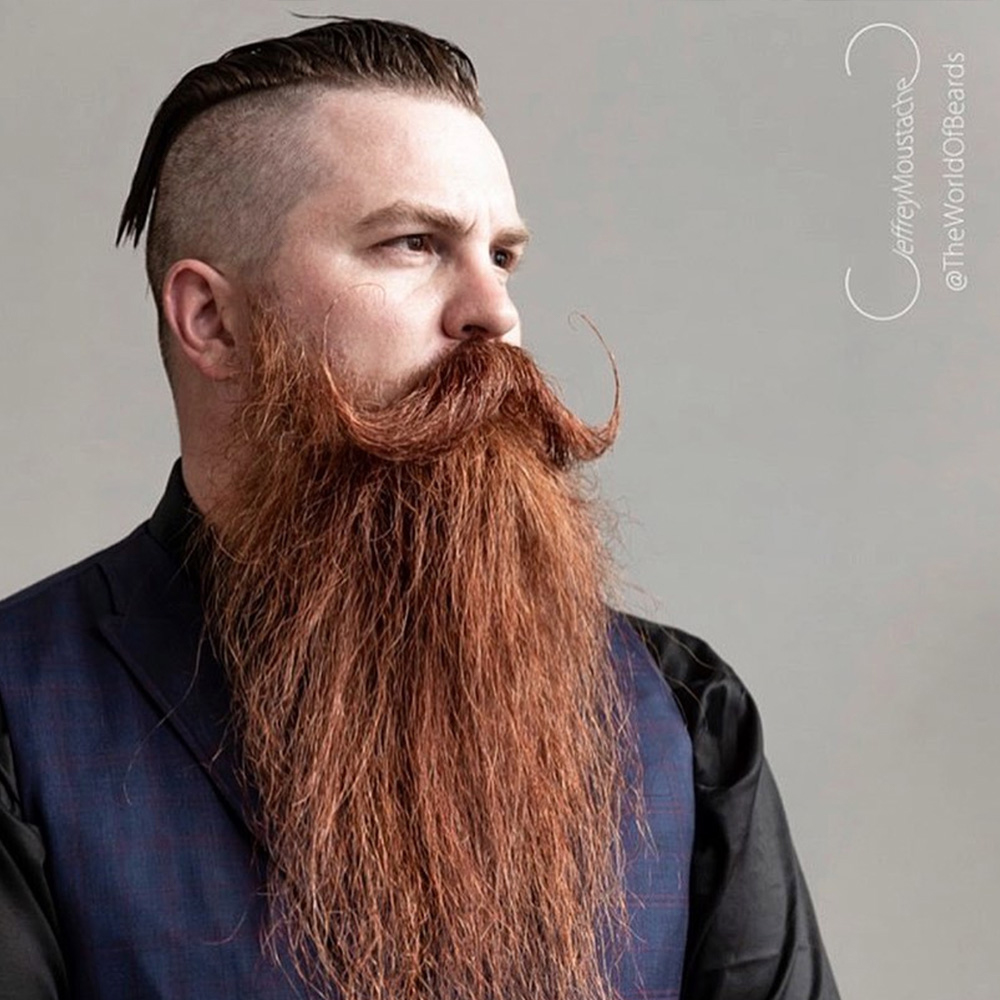 Why do I deserve to win? Because #ILikeToParty. 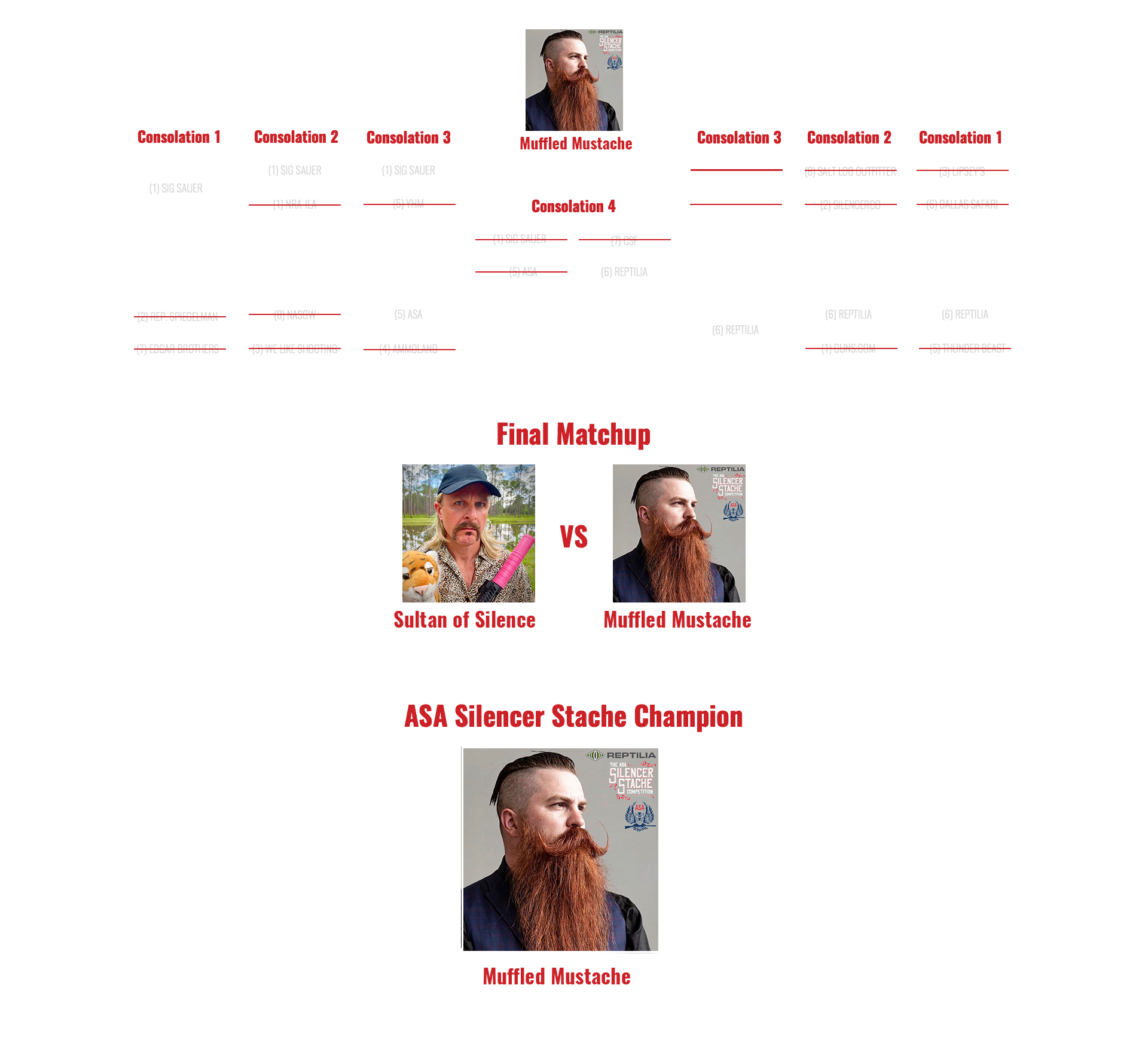 The Sultan of Silence will conclude at 11:59 PM EDT Thursday, June 4. Votes will be tallied, and winners will advance to the next round beginning by 11:00 AM EDT Friday. Prior to the competition, we gave the Mustache Men a simple way to earn additional votes:

Eliminated teams will be sent to the Losers Bracket, where they will duke it out with all the other losers for a shot to get back into the competition. Should a designated Mustache Man still in contention shave, they will automatically be sent to the bottom of the loser’s bracket, allowing the leading loser at the time to take their place.

The competition will conclude on Friday, June 12th, at which time the American Suppressor Association will crown the champion!

Exposure to a single shot can cause permanent hearing damage

“[Suppressors] should not be viewed as a threat to public safety,”

“[The National Hearing Conservation Association] supports the use of firearm noise suppressors as a form of an engineering noise control to reduce hazardous noise exposures.”6

ASA exists for one reason and one reason only: to fight for pro-suppressor reform nationwide