The American Suppressor Association was born out of the idea that all law-abiding citizens should be able to use suppressors to help protect their hearing.

When ASA formed in 2011, there were 285,000 legally obtained suppressors in circulation in the 39 states where they were legal to own. A mere 22 of these states allowed their use while hunting. In our minds, that wasn’t good enough. Rather than accept the status quo, we formed our association with a singular mission: to fight for pro-suppressor reform nationwide.

For the past ten years, ASA has actively lobbied in 30 states, fought to ease the archaic restrictions on suppressors in D.C., testified in front of dozens of legislative bodies, hosted countless suppressor demonstrations for legislators, policymakers, media, and the public, and funded research proving the efficacy of suppressors. We are the boots on the ground in the fight to legalize and deregulate suppressors and are the front line defense against the anti-suppressor factions that want them banned.

At the state level, we set an aggressive agenda, called the No State Left Behind campaign, to pursue legislation in every state that does not currently allow for suppressor ownership or their use while hunting. We work hand in hand with national groups like the NRA and the Congressional Sportsmen’s Foundation, as well as in state groups throughout the country.

Today, there are over 2,150,000 suppressors in circulation. Law-abiding citizens in 42 states can own suppressors and hunters in 40 states are now allowed to use suppressors to help protect their hearing in the field. While we are very proud of the progress, we won’t stop until suppressors are legal in all 50 states! 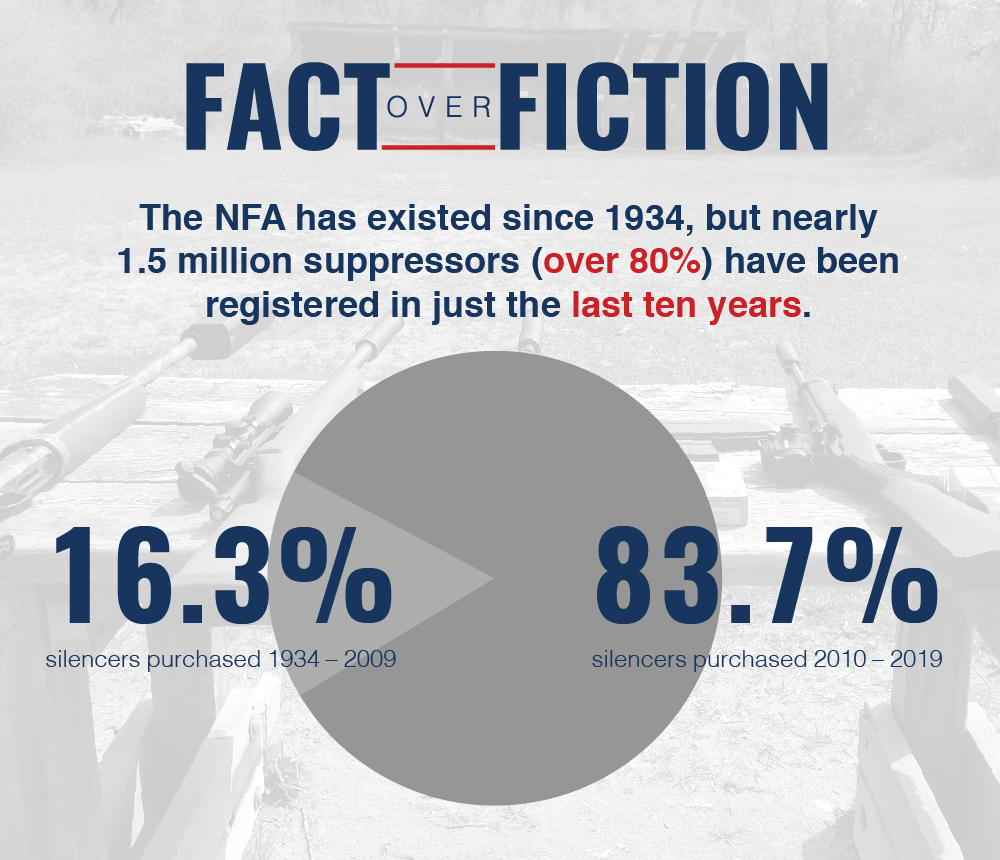