The Ohio Senate Civil Justice Committee is expected to vote on House Bill 234 on Tuesday, December 9th. Sponsored by Rep. Cheryl Grossman (R-23) and Rep. John Becker (R-65), the bill was originally drafted to repeal the prohibition on the use of legally possessed suppressors while hunting in Ohio. Lawmakers are currently working to consolidate a number of pro-gun amendments into the bill.

Suppressors are legal to own in 39 states, and are legal to hunt with in 34. Ohio is currently one of only five states in which the possession of suppressors by civilians is legal, but their use by hunters is not. If passed, Ohio will become the fifth state in 2014 to legalize their use while hunting all game and non-game animals. 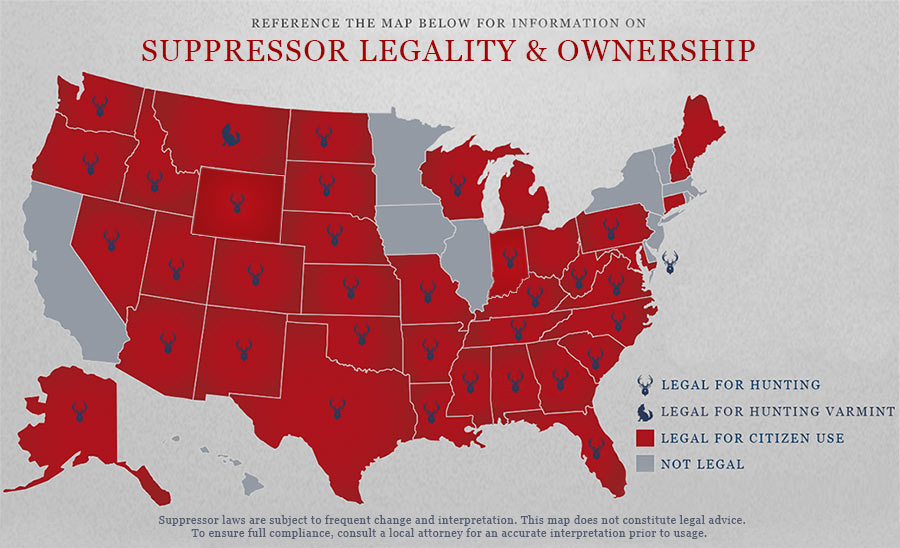 The legalization of suppressor hunting has widespread support among hunters and sportsmen in Ohio who want to be able to preserve their hearing while in the field. The primary role of a suppressor is to reduce the overall sound signature of the host firearm to hearing safe levels. Contrary to popular belief, they do not “silence” or eliminate the noise of a gunshot. Rather, they trap the expanding gasses at the muzzle of a firearm and allow them to slowly cool, in a similar fashion to car mufflers. Their muffling capabilities intrinsically make them a hearing protection device for both the shooter and those around them.