WASHINGTON, D.C. – The American Suppressor Association (ASA) is proud to announce the election of Eric Rogers, CEO of Dead Air Silencers, and Philip Milks, Executive Director of Regulatory Advisory Services for Orchid Advisors to the ASA Board of Directors. Together, the two bring decades of industry experience to the Board.

“Dead Air is proud and pleased to work with the ASA, especially through these troubling times,” said Eric Rogers, CEO of Dead Air Silencers. “The industry faces both tremendous opportunities and great uncertainties moving forward and it is important for all of our industry partners to work towards our common goals. With these tasks at hand it is my pleasure, on behalf of Dead Air, to assist the ASA moving forward.”

“Orchid Advisors is proud to continue working with ASA and I am honored to serve as a member of the Board of Directors on Orchid’s behalf.  ASA’s continued advancement of the interests of the suppressor community have yielded tangible results that can be seen nationwide.  I could not be more pleased to join an organization which relentlessly pursues its objectives and am eager to work with ASA and our industry members to contribute to our common goal,” stated Philip Milks.

“The addition of Eric and Phil to the ASA Board of Directors makes our Association stronger,” said Knox Williams, President and Executive Director of ASA. “Their insights and expertise will help round out an already phenomenal group of industry leaders that makeup our Board. We are ecstatic for the opportunity to work alongside these two gentlemen as we pursue pro-suppressor advocacy nationwide.”

Dead Air Armament™ is a Georgia company designing, patenting, and marketing the next generation in sound suppressor systems for civilian sportsmen, law enforcement, security and the military. Visit them online at www.DeadAirSilencers.com. 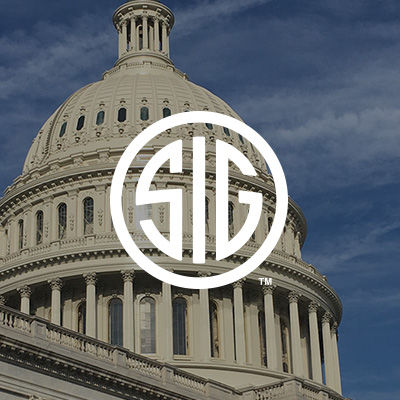