United We Stand: A Factual Review of the Hearing Protection Act From the Board of the ASA

ATLANTA, GA – Our goals at the American Suppressor Association are simple: remove suppressors from the National Firearms Act through the passage of the Hearing Protection Act, and legalize suppressor ownership and use while hunting in all 50 states through our No State Left Behind campaign. While there is no shortage of media coverage on the Hearing Protection Act, it can, at times, be difficult to discern fact from fiction. Our Board of Directors, comprised of the leaders within the suppressor community who are standing up and fighting for your rights, want you to have the facts. Here is what they have to say: 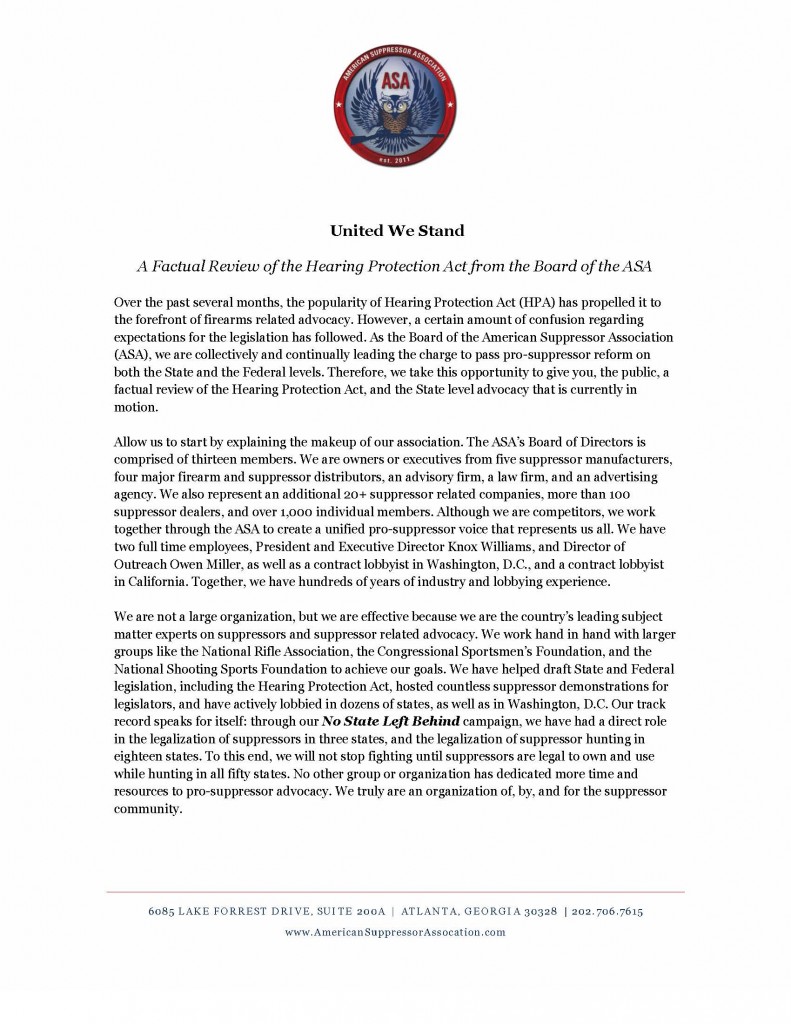 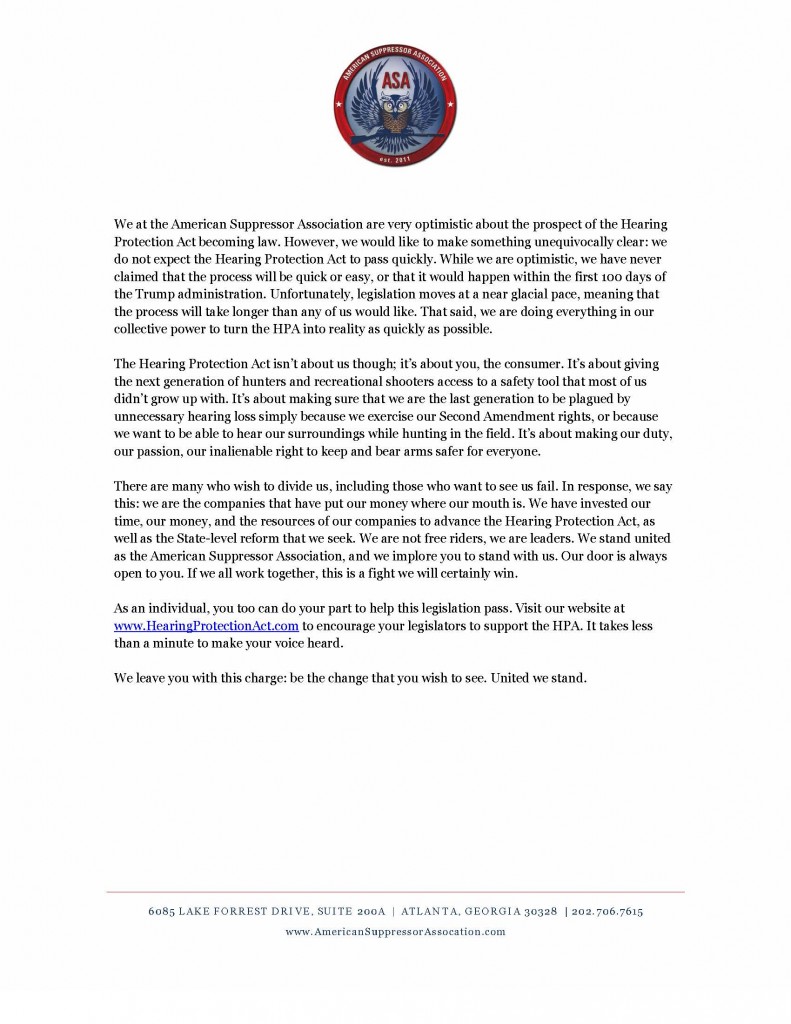 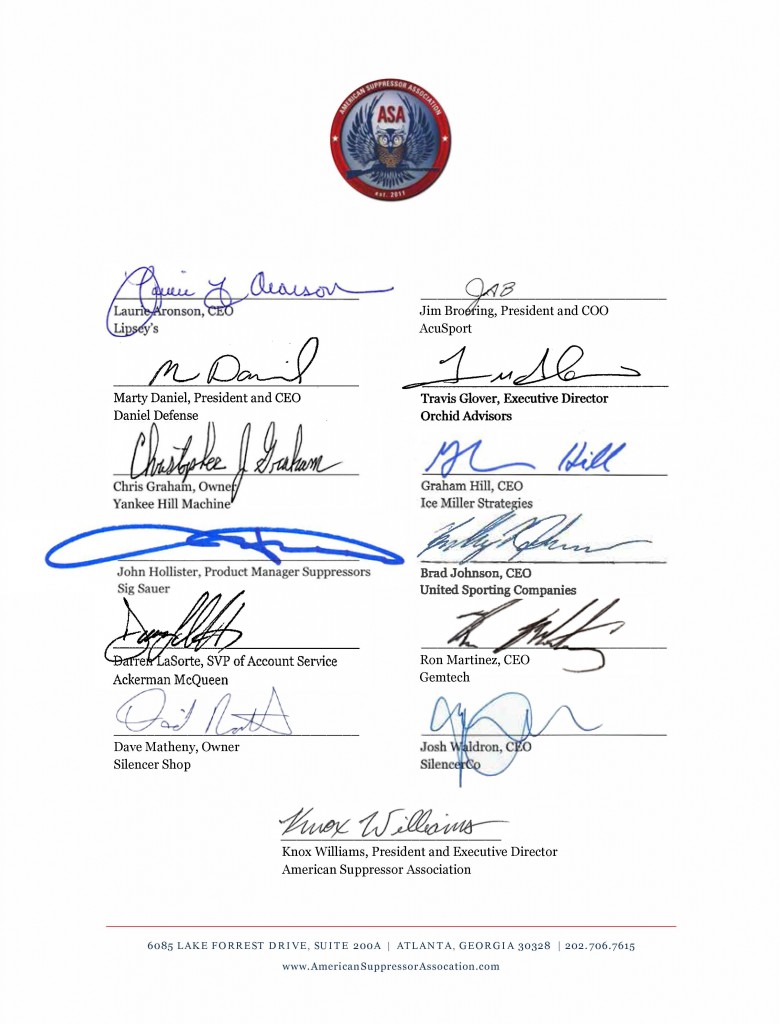